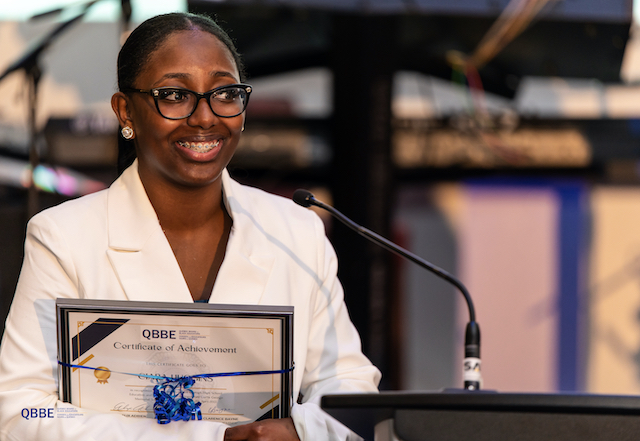 The English Montreal School Board (EMSB) was well-represented at the recently-held Quebec Board of Black Educators (QBBE) 50th anniversary gala. 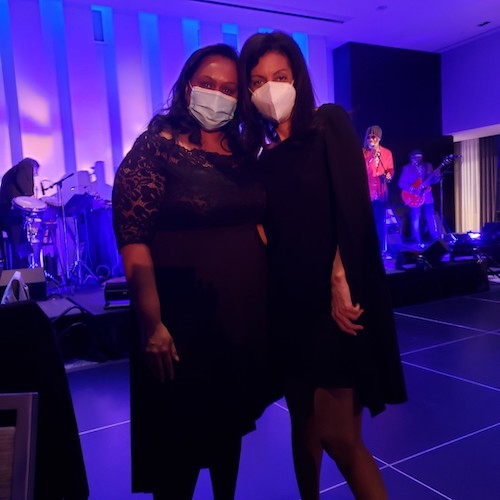 One current and another former student from Marymount Academy International in NDG were awarded Curtis George Scholarships, in recognition of the awards’ namesake, a former EMSB educator and president of the QBBE from 1985 to 2005.

Grade 10 student Ciara Huggins was chosen because of her proven ability to persevere through the demands of high school education, as evidenced by the improvement in her grades. She received a prize of $1,000 towards her post-secondary education tuition fees. Marymount graduate Keyshawn Johnson was selected because of his determination and commitment to achieving a higher education. His award was a pledge from the QBBE to pay for his first year of CEGEP and a stipend for his learning materials.

The QBBE was first established on December 29, 1971 as a non-profit education and research institution dedicated to addressing educational disparity and providing academic support and opportunities to communities of color. Over its 50 years of existence, the QBBE has supported more than 15,000 students academically through its summer, after-school and recently-established online programs. The gala’s proceeds were directed towards the QBBE Learning Centre, which provides academic support and opportunities to communities of color as well as the QBBE Family First, which aims to make positive connections between education and other aspects of the students’ lives.

In addition, the organization is in the process of launching its Language Institute, in collaboration with the EMSB. The program will address the rising demand for French education from newly-arrived immigrants to Montreal, all in “an inclusive and nurturing environment.” The initiative is designed for both beginners and adults wanting to build up higher levels of proficiency in the French language.