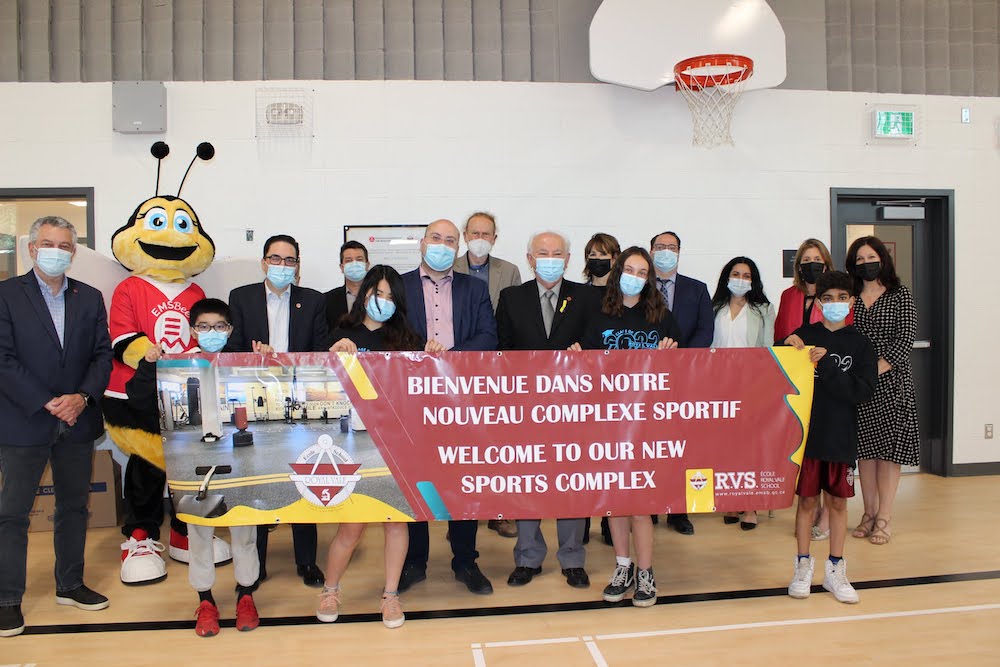 Work has been completed on a brand new $6-million sports centre at Royal Vale School in NDG, in a space that once housed a City of Montreal swimming pool.

One would never know from the outside that such an ambitious renovation took place inside. No changes were made to the façade, except for the replacement of some windows and doors. But what changed inside was monumental. 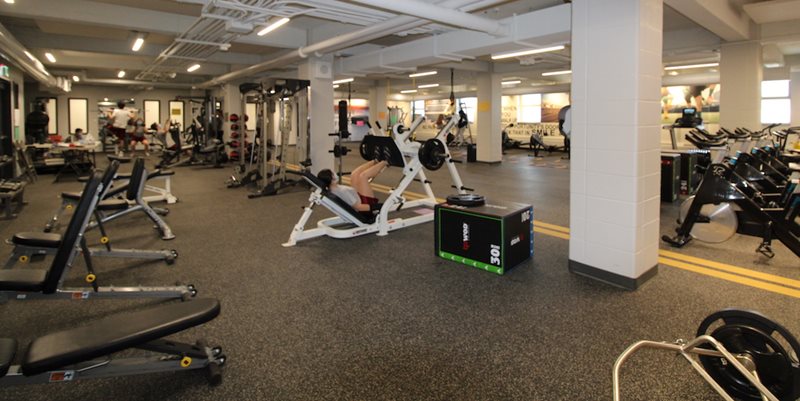 The new gymnasium, Royal Vale’s second such facility, is a regulation basketball court in an airy, bright space underground lit by large, above-ground windows, facing south. It is accessed down a flight of stairs, and on the same floor as the brand-new fitness room and dance studio (soon to be outfitted with a ballet barre) and changing rooms, complete with lockers, showers, sinks and toilets. Many of the features are run by touchless sensors, including the lights, faucets and dryers.

The fitness centre, staffed by a fitness instructor for early-morning, lunch time and after-school training by Secondary III to V students, is equipped with new-generation multisystem equipment including weights, suspended strength-building, cardio and cross training apparatus. It complements the school’s sports concentration program.

“This new gym gave us the space we needed – to give our students the proper space to fulfill their physical education requirements and interests,” said Principal Mauro Zampini.  “We had been trying to fit a square peg in a round hole in terms of gym time for our growing student population. Now we can really meet their needs through these new spaces and our original gym.” Mr. Zampini was instrumental to the completion of this project, which started a year before his arrival.

In fact, three Phys. Ed. classes can take place at the same time, explained Chris Lagakos, the school’s former high school physical education teacher and current interim vice principal. He played a lead role on the project from the start alongside former principal Nathalie Lacroix-Maillette, who realized the need for a new gymnasium at Royal Vale and became the driving force behind the project.

“The kids are proud of their new gym, and respect the space,” Mr. Lagakos said. “They are really looking forward to hosting other schools for competitive sports when public health guidelines allow.” 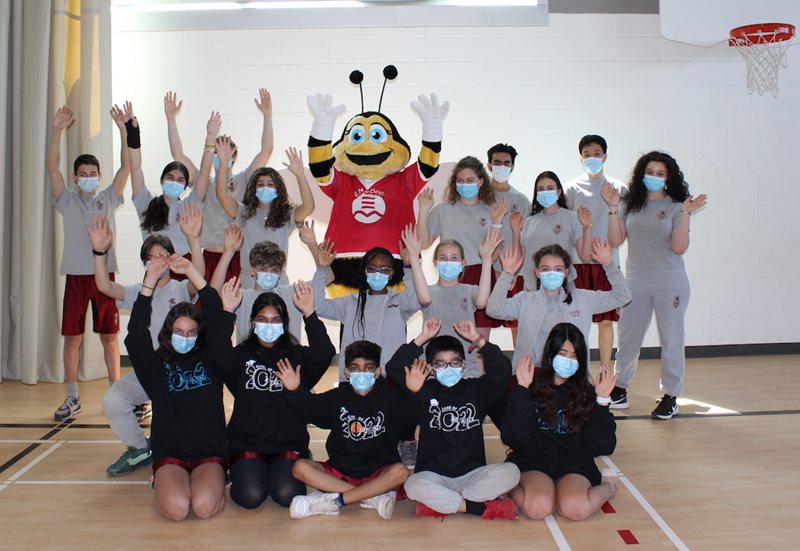 The building at 5851 Somerled was originally West Hill High School, built in the early 1950s during a boom in construction of school buildings for the English Protestant community, according to A Meeting of the People: School Boards and Protestant Communities in Quebec, 1801-1998. West Hill closed in 1992.

The western end of the building had a swimming pool, considered at the time to be essential to the contribution of the students’ physical health and well-being within the Protestant public education system. When Royal Vale opened its elementary school in that building in 1988 as part of the then Protestant School Board of Greater Montreal and later adding a high school, the pool was still there but was used solely by the municipality. In 1998, Royal Vale started using the pool within its Physical Education program.

The pool was closed in 2004 due to maintenance and repair issues. For years, it sat empty until June 2019 when demolition began to start its reincarnation into a multidisciplinary sports complex. The project began before the onset of the Covid-19 pandemic and despite working under public health restrictions due to the pandemic and during periods when school was in session, it was completed in July 2021 in time for the start of the new school year. 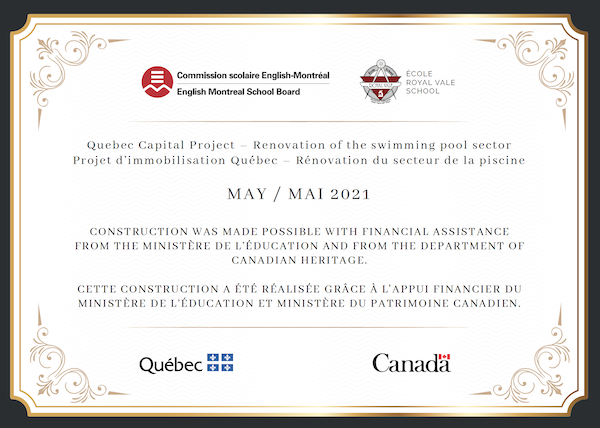